"A joy from start to finish, The Irish Pub takes a place amongst a list of the best documentaries I have ever seen" - RTÉ﻿

The Irish Pub is a celebration of the greatest institution in Irish society: the pub. Or, more specifically, the Irish men and women who own them. The characters featured come from long family lines of pub owners. Their hilarious and captivating stories take us into the heart of the Irish pub, and give us a glimpse into what it means to be Irish.

The film won numerous awards, including Best Film at the London Irish Film Festival and the Audience Award at The Windows on Europe Film Festival. It premiered in the USA at the Savannah International Film Festival. 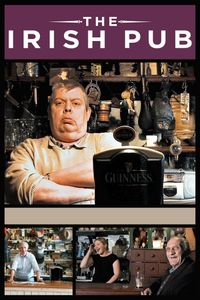 Sorry, The Irish Pub is not available to watch at home in Spain at the moment