Priests talk candidly about the sacrament of confession, their journeys into priesthood, their doubts and frustrations about the church and their hopes and fears for the future.

The film premiered on RTÉ One and BBC in 2020 to high ratings and critical acclaim.

Funded by RTÉ and BBC 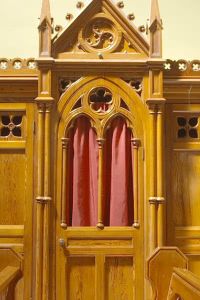 Sorry, The Confessors is not available to watch at home in United States at the moment